This article is about the chapter. For the location of the same name, see Shadow Village.

Dan Ah breaks one of Hong's paintings. As she confesses that she likes his works, Hong decides to give the painting to his avid fan. As the two walk together in the streets, they encounter Physician Ma, who informs them that the royal army is raiding the slums. The three go to the slums and find the village engulfed in fire. While searching for young acquaintances that Dan Ah knows, a child named Chung is kicked out of a tent, while Won lifts his younger brother Woon by the collar.

A few hours earlier, Won picked up the medicine from Physician Ma and was on his way to Ju Wah Ae Rim to see Nabi. Suddenly, Chung snatched away the medicine to give it to his sick younger brother, Woon. 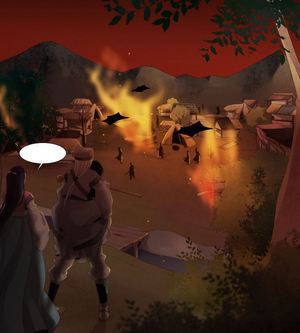 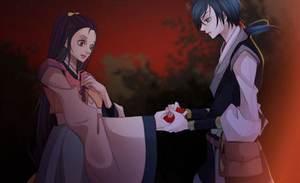 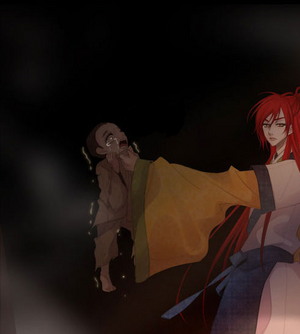 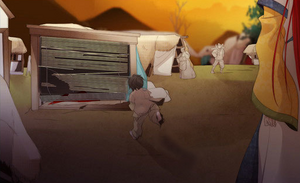 Retrieved from "https://twelvenights.fandom.com/wiki/Chapter_14?oldid=8381"
Community content is available under CC-BY-SA unless otherwise noted.