As the angry villagers find the "Crimson Moon," Won, Hong, and Dan Ah escape the fiasco. At the end of a bridge, Hong pushes Won and Dan Ah down the water, as he misleads the villagers from them. After they successfully flee from the villagers, Dan Ah returns home and her father tells her of an arranged marriage. She does not agree to his decision because she loves someone else, but the chief state councilor rejects her claim. She runs away from him after he slaps her and reaches the place where she and Won first met. There, Hong finds her. 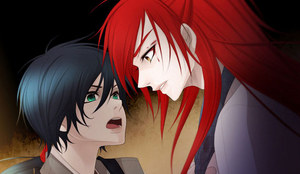 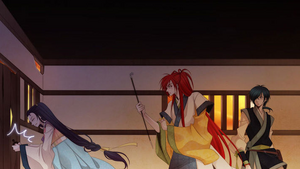 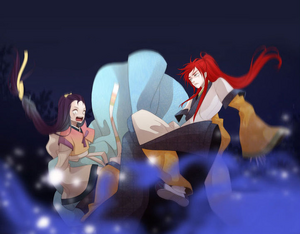 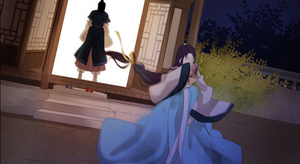 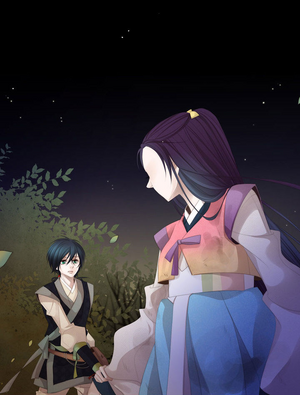 Retrieved from "https://twelvenights.fandom.com/wiki/Chapter_16?oldid=8051"
Community content is available under CC-BY-SA unless otherwise noted.