Three Flower Shoes (꽃신 셋, Kkochsin Set) acts as an epilogue to its previous chapter and the final chapter of part 2 of the Twelve Nights webtoon.

Hwi and Jeok visit the destroyed rebel army headquarters. Amidst the deaths of the people who trusted in Hwi, Jeok advises him to remember the lost people in his heart and stand up back again.

King Jin Won is infuriated because of the Bi Yeong Pal Mu's recent raid including Yu Hyang Ru, fearing that Nabi might have been killed or captured. He goes to the prison to find her, but to no avail. He inadvertently finds the tortured ex-Left Minister and asks him where Nabi is. Seon Woo realizes that the one who always pursued Nabi in Yu Hyang Ru was the king himself. He misleads Jin Won into thinking that Nabi either was away with her husband during the raid or was killed in the slaughter.

In the market streets, several stories and rumors circulate regarding the recent raid. Sori asks Physician Ma whether he regrets giving out the rebel army's location in exchange for the medicine for plague patients. The physician says that he does not regret his actions; as atonement for the lives lost, he chooses to save other lives that he can.

Locked up in her room, Dan Ah asks her servant about Won or Nabi. Just then, Nabi visits her, and Dan Ah rushes towards her out of joy to see her safe after the raid at Yu Hyang Ru.

A few days later at the rebel army's interim headquarters, Seol Hwa is traumatized, while Jeok apologizes to her repeatedly. Mu Jin breaks in and informs Jeok about a note left behind by Hwi regarding his next course of action. Realizing Hwi's plan, Jeok, Baek Ho, and Mu Jin rush to find Hwi. Jeok also gives his orders to the two.

Nabi dresses Dan Ah as they finally enter the palace. Hwi gathers his resolve to take matters into his own hands. He decides to act as Nabi during the bridal selection as Dan Ah's maidservant in the heart of the palace with no internal ally nor help. Despite the recklessness of his plan and Jeok's apparent concern for him, Hwi goes along with his own plan, deciding not to save himself, since he cannot save everyone else. 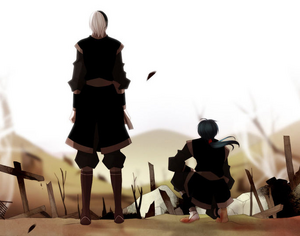 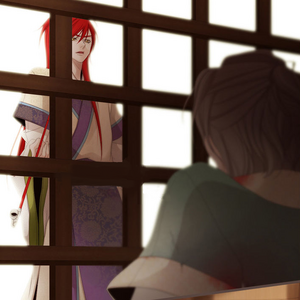 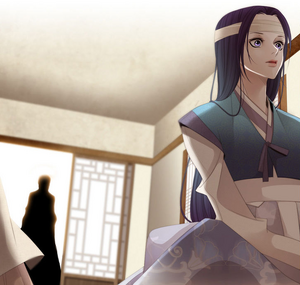 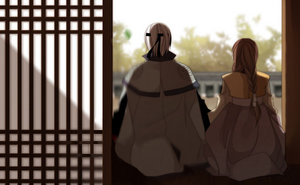 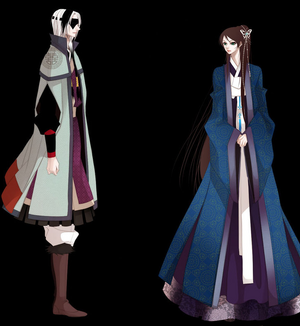 Retrieved from "https://twelvenights.fandom.com/wiki/Chapter_44.5?oldid=8760"
Community content is available under CC-BY-SA unless otherwise noted.