Hyun Bin and her children are visited by Rok Ha; she inquires about the banquet dancer that he brought, but he feigns ignorance regarding the issue.

At night, Dan Ah ponders about the recent happenings, especially about Won's real identity. Nabi arrives and listens to Dan Ah's thoughts. Dan Ah tells Nabi that she would not, after all, change her feelings for him even if he was not the one who sang the lullaby. She thanks Nabi for her presence, all while he represses his feelings.

With some time alone, Hwi blames himself for all the failures and sufferings he had been causing, such as the failed assassination on the king. He pleads for help, especially towards Jeok. 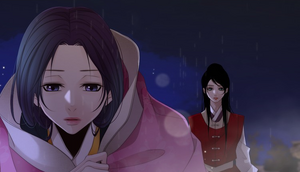 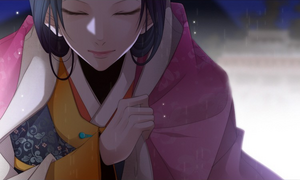 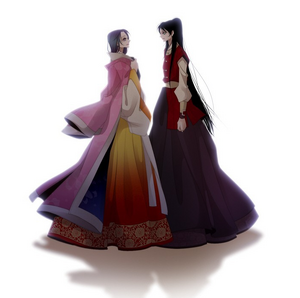 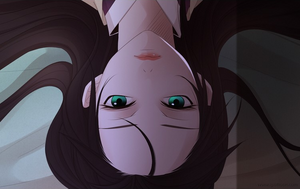 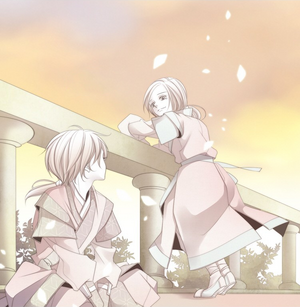 Retrieved from "https://twelvenights.fandom.com/wiki/Chapter_48?oldid=8764"
Community content is available under CC-BY-SA unless otherwise noted.