Rivals in Love (연적, Yeonjeok) is chapter 50 of the Twelve Nights webtoon.

Seon Woo is moved to another location in the middle of the night. The next day, Dan Ah and Hyun Bin wait together for the king after his sangcham. Hyun Bin flatly states her hate towards Dan Ah for capturing the heart of the emperor, but Dan Ah assures her that the king actually fancies someone else. They then agree to be rivals in love and to fight fairly for the title of queen until a candidate is chosen.

Nabi finds out that Seol Hwa is a servant at the palace as an insider. As Dan Ah sings a lullaby for Hyun Bin's son, Se Ryeon arrives and tea is served. Knowledgeable in the field of teas, Hyun Bin senses something strange with the tea and pulls the table cloth, as if to prevent Dan Ah from drinking it. However, due to her leg injury, she is unable to move. Nabi shields Dan Ah from the spill, making her arm burnt from the hot tea. Amidst the commotion, Jin Won arrives and spots Nabi's injury. He dismisses them and, despite his confused feelings towards her, orders for the royal physician to tend Nabi. Hyun Bin remains suspicious of the tea, while Se Ryeon kicks off a teacup, seemingly out of rage. 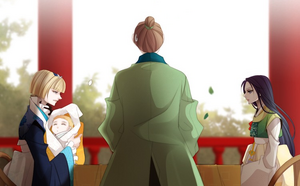 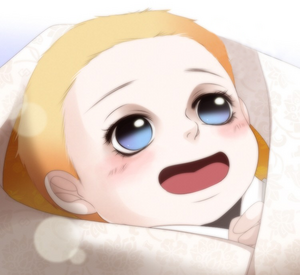 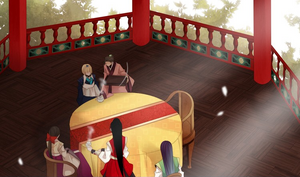 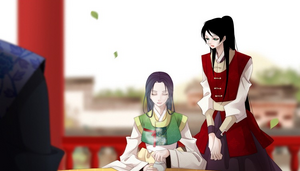 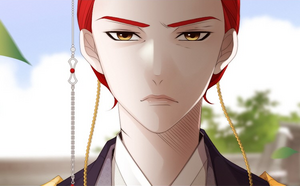 Retrieved from "https://twelvenights.fandom.com/wiki/Chapter_50?oldid=8765"
Community content is available under CC-BY-SA unless otherwise noted.