With the Crimson Moon deflecting the Bi Yeong Pal Mu's attacks and Baek Ho carrying Seon Woo, Mu Jin triggers the tunnel to be submerged in water from the palace water canal, allowing them to exit the tunnel. However, they are quickly caught again by the palace guards. The three each carry a decoy for the ex-minister and separate ways, agreeing to meet up at the North Gate.

Meanwhile, Dan Ah wakes to the clamor in the middle of the night, worried why Nabi does not come to her during such emergency. To check on her, Dan Ah goes to Nabi's room and finds someone inside. 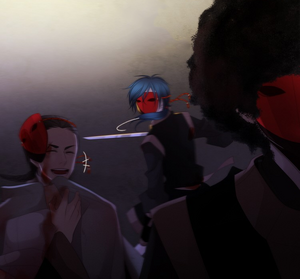 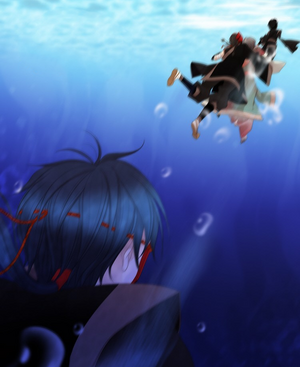 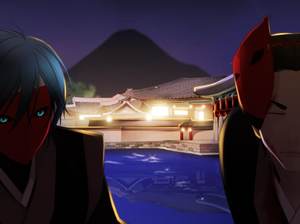 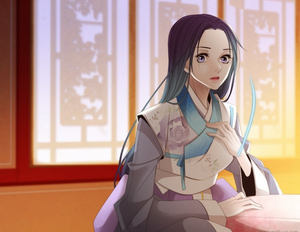 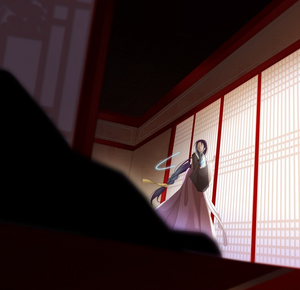 Retrieved from "https://twelvenights.fandom.com/wiki/Chapter_56?oldid=8332"
Community content is available under CC-BY-SA unless otherwise noted.