Dan Ah finds an unconscious Nabi in her room and becomes frightened with her frail condition. She undresses her and finally discovers "her" secret. She recognizes Hong and, despite her sheer confusion, tends to his injuries.

The king becomes enraged after the three rebels got away. Meanwhile, as the rendezvous point comes to a close, Jeok and the rest of the rebels could not wait further for Hwi and leave.

As Hong awakes, he panics at the sight of Dan Ah beside him. She asks him who he really is. 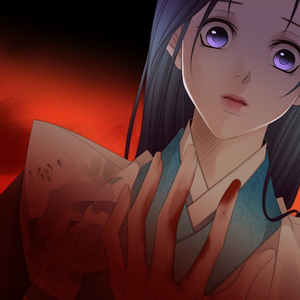 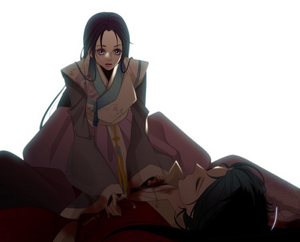 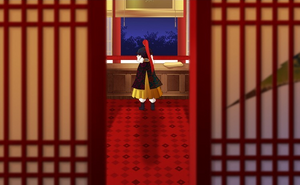 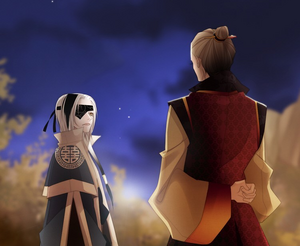 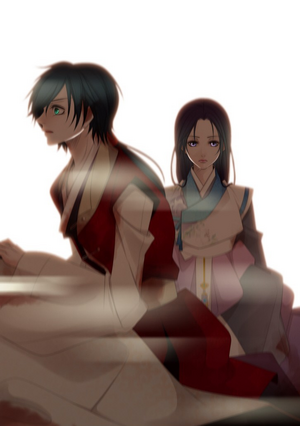 Retrieved from "https://twelvenights.fandom.com/wiki/Chapter_57?oldid=8334"
Community content is available under CC-BY-SA unless otherwise noted.