Ja Gyeom asks for the royal physician to attend to the unconscious Hyun Bin and for Dan Ah to return to her quarters at once. On her way back, she sees the deceased baby prince's blanket and a wooden block inside it, hypothesizing that someone might have set up Hyun Bin's "accident". As she is about to report the dirty play to her father, she catches him talking with an unknown person about the success of their scheme against Hyun Bin. Nabi also witnesses the clandestine conversation.

The next day, the ministers plead to the king to evict Hyun Bin, believing her to have gone mad. Jin Won claims this to be not abnormal, considering how she has lost a child. Amidst the ministers' insistence, he sets out with them to prove his point. Hyun Bin, after waking up in a frenzy, encounters the king and his ministers. In a fit of rage, Jin Won rebukes his ministers; he comes to Hyun Bin and, with his lack of knowledge with the game of rock-paper-scissors, plays with her. With her winning the game, he tells her that he shall grant her wish, which is to stay with him and her baby princess. Despite his approval of this, because of his ministers' consistent protests against her, Jin Won is forced to revoke his decision to marry her. 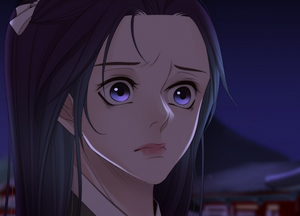 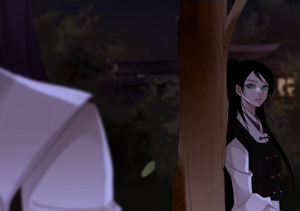 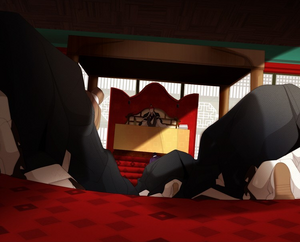 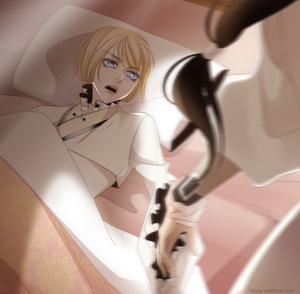 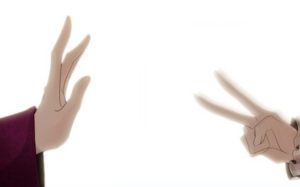 Retrieved from "https://twelvenights.fandom.com/wiki/Chapter_63?oldid=8343"
Community content is available under CC-BY-SA unless otherwise noted.