Please (부탁할게, Butakhalge) is chapter 72 of the Twelve Nights webtoon.

Dan Ah apologizes to Nabi, resulting to the latter's imprisonment. As Dan Ah weeps, Nabi asks her to cry out loud, similar to what he said ten years ago in Bi Hwa Rim. Dan Ah remembers this and asks Nabi if she knows the lullaby that she often sings. Realizing this memory from before, Nabi lies to Dan Ah, saying that she does not know it.

Dan Ah offers Nabi an escape and informs her that she shall confess her father's crimes. Despite a way to escape imprisonment, Nabi tells Dan Ah not to do such action and asks her instead for a final request. In return, Dan Ah requests Nabi to live. Just then, Dan Ah is knocked unconscious and Nabi has another visitor, who turns out to be the king himself. 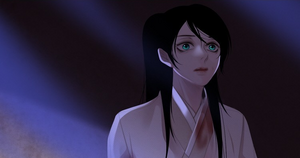 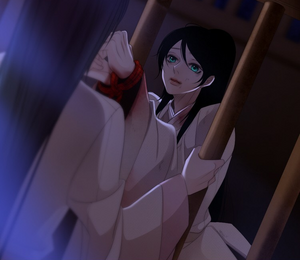 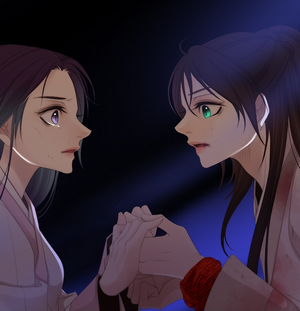 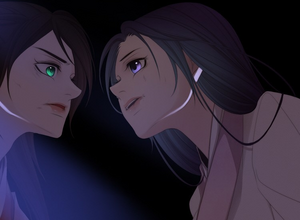 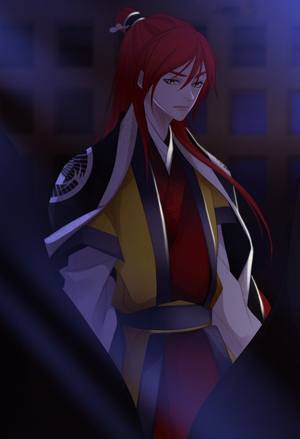 Retrieved from "https://twelvenights.fandom.com/wiki/Chapter_72?oldid=8386"
Community content is available under CC-BY-SA unless otherwise noted.