Initiation (개시, Gaesi) is chapter 79 of the Twelve Nights webtoon.

The rebel army has begun their assault in the palace, utilizing the infamous fire bull strategy, which involves burning straw attached to raging bulls' tails. The intoxicated king is informed of the assault; as he is told to flee for his safety, he instead becomes enlivened at the thought of Jin Yeon finally arriving. Amidst his protests that he shall fight, he hears from palace guards that the fire has reached the bridal quarters. He remembers Nabi being confined in her room in the said area and rushes at once to save her.

As the bulls draw the royal army to the West Gate, explosives are lit there and at the East Gate. With the palace forces collapsing because of the simultaneous attacks internally and externally, the elite rebel troops march in from behind the North Gate. 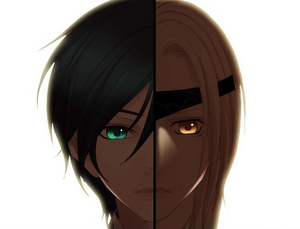 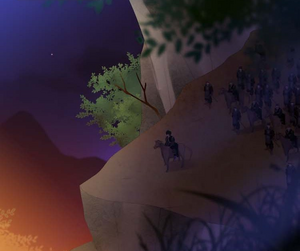 Retrieved from "https://twelvenights.fandom.com/wiki/Chapter_79?oldid=8513"
Community content is available under CC-BY-SA unless otherwise noted.