Hwi carries Dan Ah on his back while singing the Butterfly lullaby. Dan Ah hears this, and, despite her partial unconsciousness, overhears Hwi asking Seol Hwa and Baek Ho to escort Dan Ah out of the chaos as he shall set out to kill the king. Dan Ah desperately tries to stop him, though to no avail, only noticing Hong's previous painting with another painting underneath. The hidden painting depicts a young boy carrying a young girl, reflective of what happened ten years ago in Bi Hwa Rim.

As she rushes to look for both Hong and Won, she realizes that Hong and Nabi are the same boy she has been looking for ever since, regretting her ignorance towards his feelings. Deciding that she shall put a stop for the two half-brothers from killing each other, she overhears of the whereabouts of her father. At the same time, Jeok is informed of the latter's location. 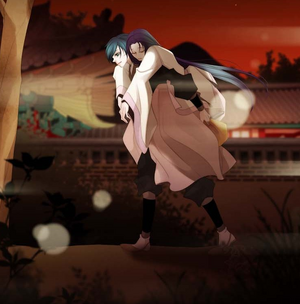 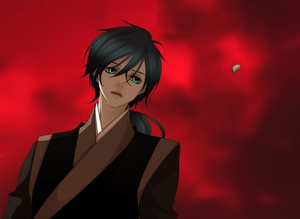 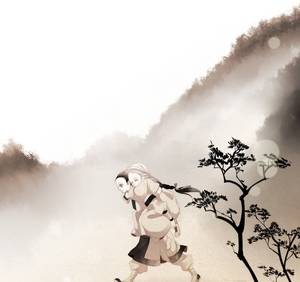 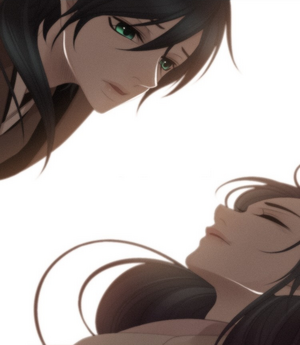 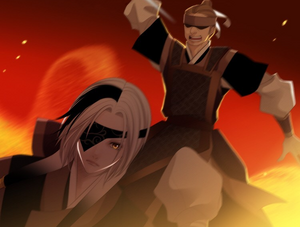 Retrieved from "https://twelvenights.fandom.com/wiki/Chapter_80?oldid=8856"
Community content is available under CC-BY-SA unless otherwise noted.