Amidst Jeok's protests, Hwi insisted on becoming the crown prince's double. Deposed Bi Yeong Ship Mu captain Mu Jin arrived and informed them of the assassination of Minister Yi Ha and his wife per Yeon Lee's orders. Despite being initially reluctant, Seon Woo advised Hwi that his decision shall be filled with difficulties and asked the boy one more time whether he wished to proceed with the plan. Hwi accepted the task and assumed the title of crown prince from thereon. Mu Jin and Baek Ho were to become Hwi's loyal servants, Wol Young Hwa and Seol Hwa were to keep the secret, and Jeok was to serve Hwi as his liege. To complete his image as the crown prince, Seon Woo burned Hwi with a mark on his nape, similar to the real crown prince's birthmark.

At the present time, Seon Woo visits Baek Hwa's grave and tells her that the case for her father shall be reopened, which may prove his innocence. In the end, he could not bring himself to tell Hwi nor Jeok about the whole truth.

Nineteen years ago during the reign of King Jin Hyul, Ga Guk prospered as a nation and was at peace. Also, he and Queen Ahn Young expected for their child. Without the queen's presence, the royal physician Ma Mi Song informed the king that the queen was pregnant with twins: one healthy and one barely alive. The king was filled with ill omens, reminiscing how he was able to forcefully take the throne with much bloodshed against his twin brother.

Against his wishes, the queen gave birth to two boys: the firstborn was healthy, but the second was barely breathing. He ordered not to let the royal physician attend to the child; a lady-in-waiting overheard the conversation and informed the queen, much to her horror. In a fit of rage, Ahn Young ordered her ladies-in-waiting to summon the physician immediately. Just then, Minister Ha, the queen's brother-in-law, came to her; she sought his help to allow her child to live. Sensing the baby's will to live amidst the circumstances, the minister cradled the baby and escaped the palace. The king arrives at Ahn Young's quarters; hiding the truth from him, she begrudgingly informed him that the second-born child is dead. 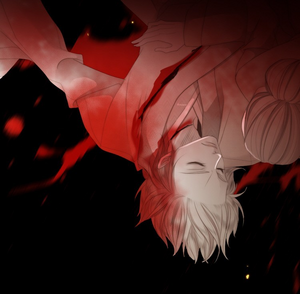 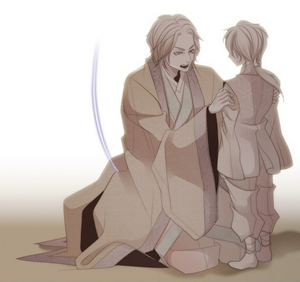 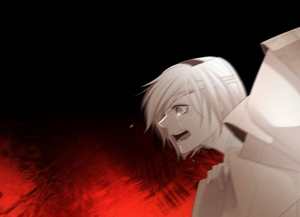 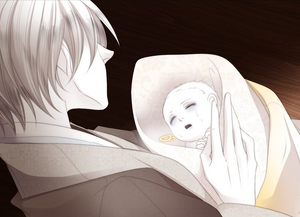 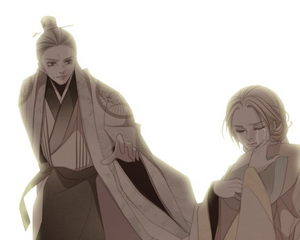 Retrieved from "https://twelvenights.fandom.com/wiki/Chapter_89?oldid=8858"
Community content is available under CC-BY-SA unless otherwise noted.