The royal physician Ma Mi Song saw Minister Yi Ha fleeing suspiciously and called him. As he noticed the minister hiding the baby prince with him, he decided to take the baby under his care and resigned from his position as royal physician. King Jin Hyul ordered for the birth of the second baby prince to be kept secret and his existence buried in oblivion.

At his residence, Minister Ha informed his wife about the circumstances regarding the second baby prince. His wife accepted to take the child under their house and care. After several months, they received the baby's name from the queen: Hwi.

Several years after the Hundred Year's War, King Jin Hyul was struck with illness. He allowed Ahn Young to bring the child back to the palace under the condition that no one shall know of his real identity until the crown prince succeeds him on the throne. Deeply gladdened, she finally met her second son in person.

At the present time, Sori wonders whether Dan Ah would recover, considering how she became amnesiac and forgot all memories except one. Chung and Woon return from visiting her and tell the adults that he has returned. Sori sets out to get them, but Physician Ma tells him to let them be.

At what appears to be Bi Hwa Rim, Hwi carries on his back the now crippled Dan Ah. Like before, one of her shoes gets drifted along the river. He sets out to retrieve it as Dan Ah bids him to be careful. As she calls him "Lord Yi Won", indicating her only memory left, he sadly smiles back at her. 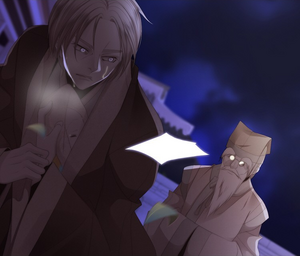 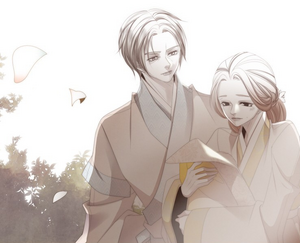 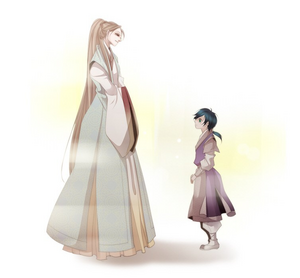 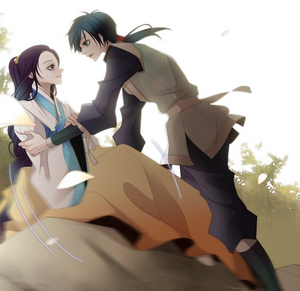 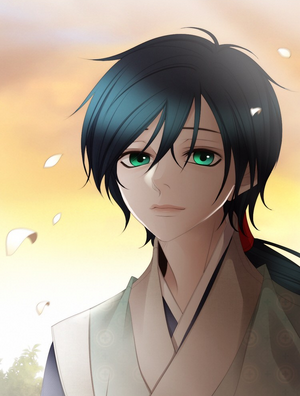 Retrieved from "https://twelvenights.fandom.com/wiki/Chapter_90?oldid=8859"
Community content is available under CC-BY-SA unless otherwise noted.